Notice: Trying to access array offset on value of type null in /var/www/vhosts/gualta.com/httpdocs/core/resources/brorwser-support.php on line 67
 Pitch&Putt Gualta par3 escola de golf Catalunya Spain
This website uses cookies themselves and third parties to provide you with a better experience and service.
When surfing or using our services you agree to our use of cookies.More information [Close this message]
❰ Featured News

The Montgrí, the Medes Islands and the Baix Ter Natural Park is a protected place that captivates with its beauty.

In a single park there are unique and singular spaces such as the Montgrí mountain, the Medes Islands and their submarine bottoms and the lower section of one of the most important rivers in Catalonia, the Ter.

The mountain of Montgrí, with its well-known silhouette in the form of a bishop who puts his feet in the water, is a viewpoint with spectacular views of the Empordà. Between Mont-Plan and Monte Grande del Estartit it crosses a continental dune, which reaches a maximum depth of 30 meters. At the end of the 19th century, it was decided to turn the dunes into a pine forest to stop their progression. Therefore, today, we find a wooded area in the middle of a mountain of limestone with typically Mediterranean vegetation. This has also caused us to find in the middle of a forest a plant of dune environments, the Stachys maritima. Stay tuned to see if you see! It is a plant very difficult to find, as it is small and camouflaged and, apart from that, in the whole Iberian Peninsula it can only be found on the Costa Brava. It is also worth crossing on foot or by bike to Cala Montgó, either to enjoy the views and the walk or to take advantage and soften the waters of the Mediterranean.

The Medas Islands are a mecca for divers from all over the world, with spectacular seabeds. They are home to some protected species of both fish and underwater plants and sometimes you can even see dolphins! Posidonia grasslands, which are one of the richest ecosystems in the entire Mediterranean, and coral reefs, which make it fragile and slow-growing species, can be seen on its seabed. Some examples of protected species that can be found in the waters and bottoms of the Medes are mother-of-pearl, red gorgonians, red coral, or grouper. It is important to mention the species of nesting birds that breed not only in the Medas but on the cliffs, such as the cormorant or some ardeids. And they also have unpublished and very interesting stories about Berber pirates ...

The Ter, a river so Catalan and hardworking that, after a journey of 208 km from the village of Setcases, comes to die in the Mediterranean Sea at the Ter Gorge. A unique place that can not be missed during your visit to the Montgrí Natural Park, the Medes Islands and the Baix Ter. 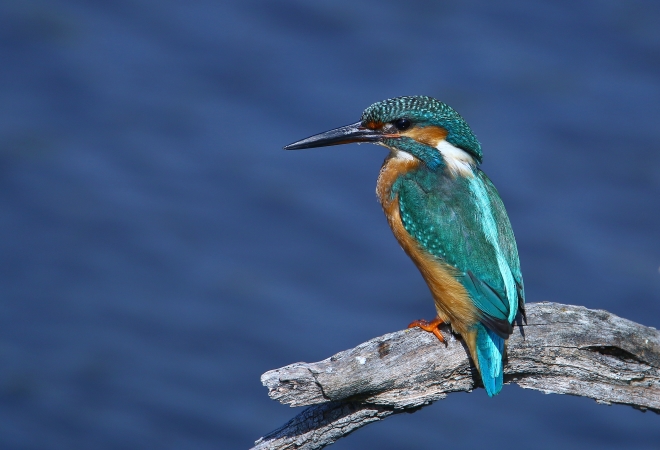 The kingfisher is one of the most colorful birds that visits us in the Park. In winter it can be found on the coast, as it prefers to breed in slow-moving rivers with some trees and banks suitable for nesting. It nests on sand or earth banks, where it makes a tunnel of about 1 meter to the nesting chamber. There he makes a nest where he raises the chicks on stacked fish spines. It feeds mainly on fish, although it also eats aquatic arthropods and their larvae. It is expected in the branches of the trees to be alert to possible movements in the water that may indicate the presence of a fish, and it is quickly plunged into the water to hunt the prey with its dagger-shaped beak. Their bright colors are accentuated when they come out of the water. 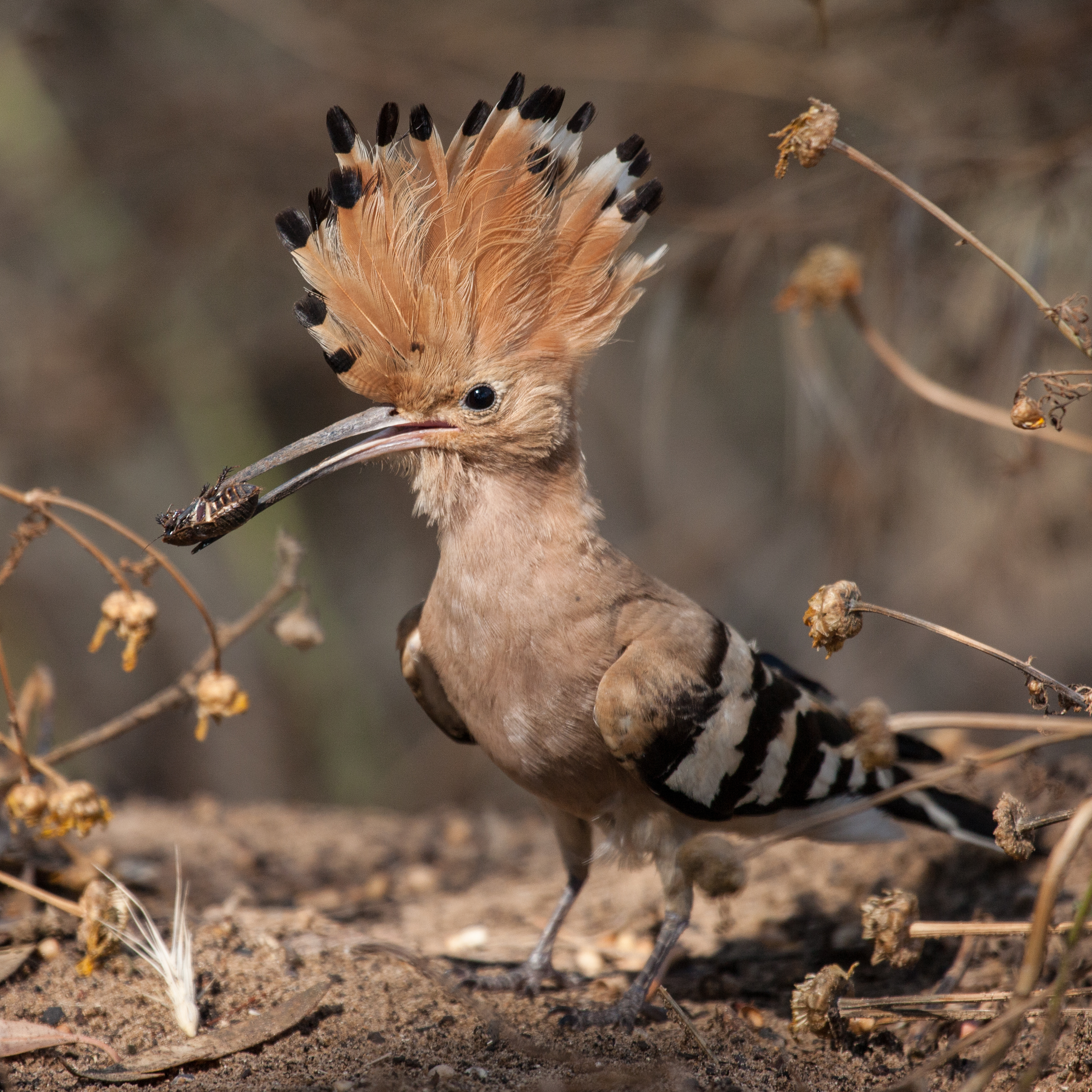 The hoopoe is also a bird that likes to be seen with its distinctive plumage. Breeds in agricultural areas and in open ground with groves, hedges and shrubs. It is a summer bird in the Iberian Peninsula but in the south and east it is a resident or wintering bird. In the autumn it migrates to North and Central Africa and returns the following February, with the arrival of good weather. It spends a lot of time on the ground and needs areas of low grass to feed. It feeds by placing its beak in moist soil to hunt insects and their larvae, preferably large crickets and beetles. It also feeds on the pine processionary, of which it is the natural predator. It nests in tree holes, stone walls, or nest boxes, among others. 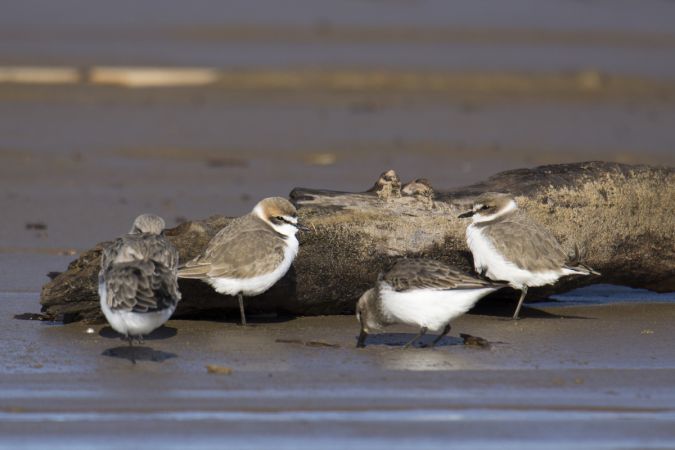 If we go to the coastal environments, we can see small birds running along the sand. These birds are the blackbird trails. They nest on our shores during spring and summer, with a first spawn during the months of April and May and a second spawn in June. They make their nest in the sand, where they lay their eggs, and protect it with debris left by the sea on the beaches. In some parts of the coast, due to strong tourist pressure, it has been forced to move its nests to the more inland fields.

Although birds are the most colorful, both in plumage and song, we can not ignore the plants. Here in the Natural Park we find a distinctive species of dune environments, the blur. This plant is used to fix the dunes before replanting with shrubby or tree species such as pine. It is used for its high ability to take root in moving sands and retain sand pushed by the wind. Currently, due to the destruction of its habitat, the dune areas, it is a rare species on the Catalan coast.

Are you already curious and want to know more?

Next to the restaurant you find Ocitania, where they have repaired routes with burricleta and segway to discover some of these magical places. We have looked for viewpoints that allow you to see the Park and the Empordà in all its splendor, as well as corners full of nature and culture that you will love

For more info, have a look at the park's website